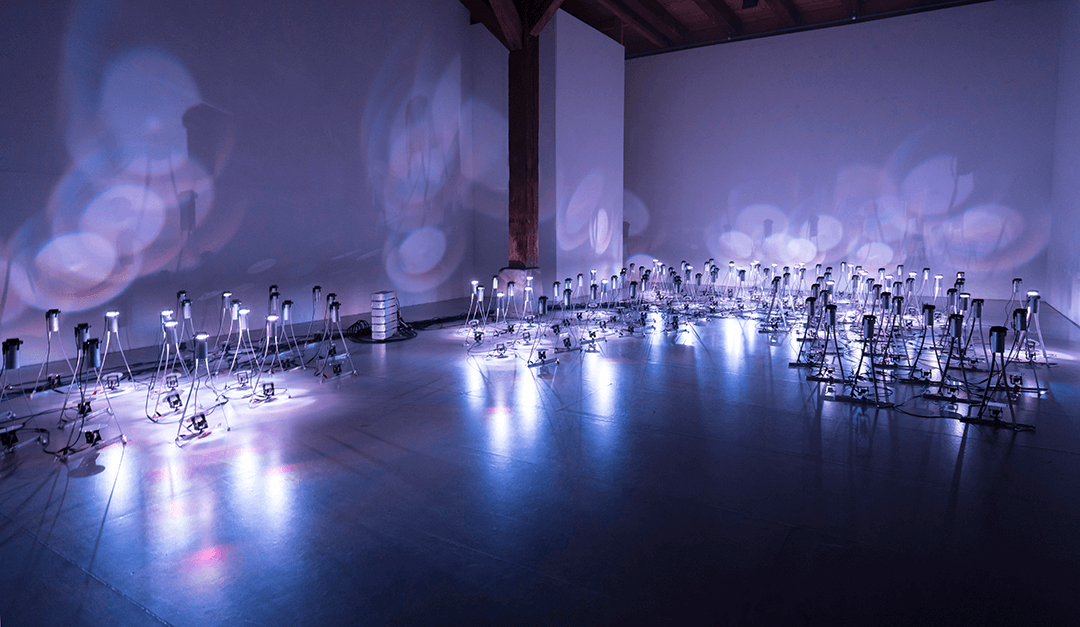 Distributive intelligence | A group mind last week Criatech Festival.
A stark contrast between ancient golden and a contemporary magenta aesthetics.
It was a delight to be offered to play with this space!
Thanks for the invitation and hospitality, Sérgio and Miguel!
The installation materializes digital models of organic complexity through a cluster of hundreds of interacting mechanical objects, forming a collective artificial intelligence, a dance floor for robotic objects, simultaneously a unified body and a congregation of individuals.
The piece is kindly supported by: Région Hauts-de-France, Pro Helvetia – Swiss Arts Council, DICRéAM of CNC – Centre national du cinéma et de l’image animée and La Folie Numérique. 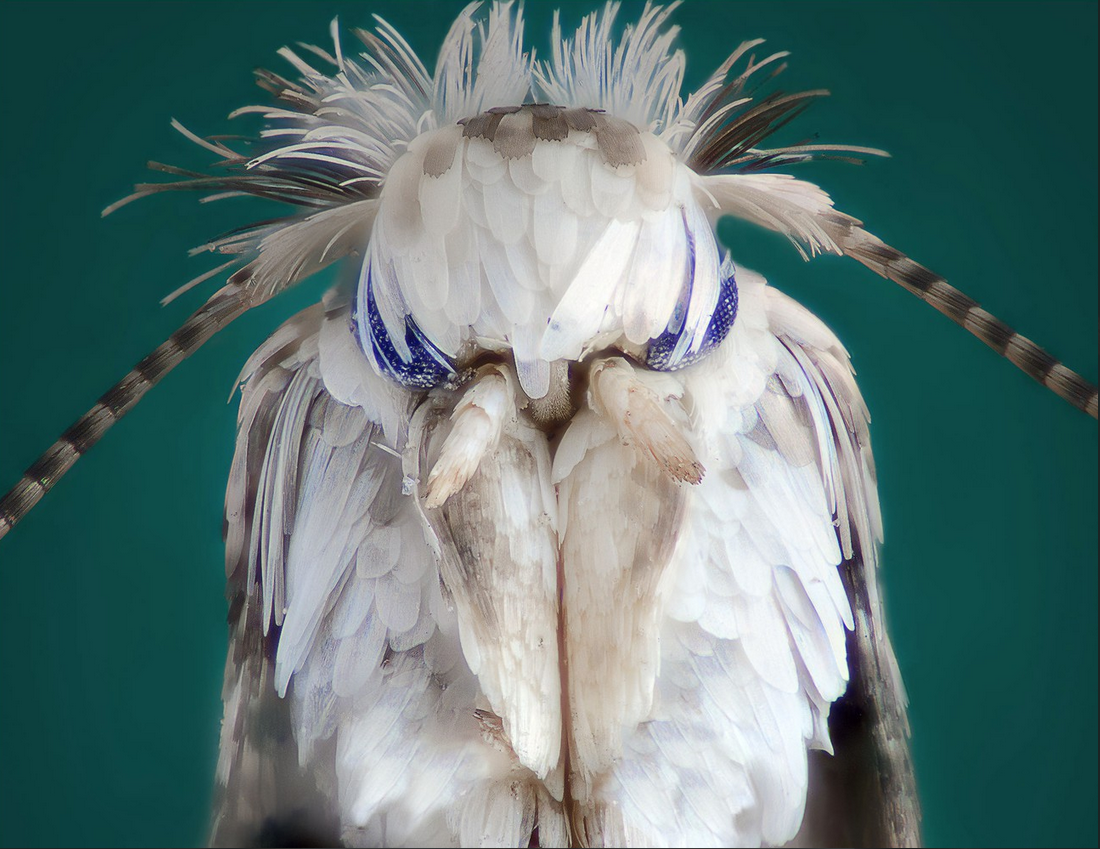 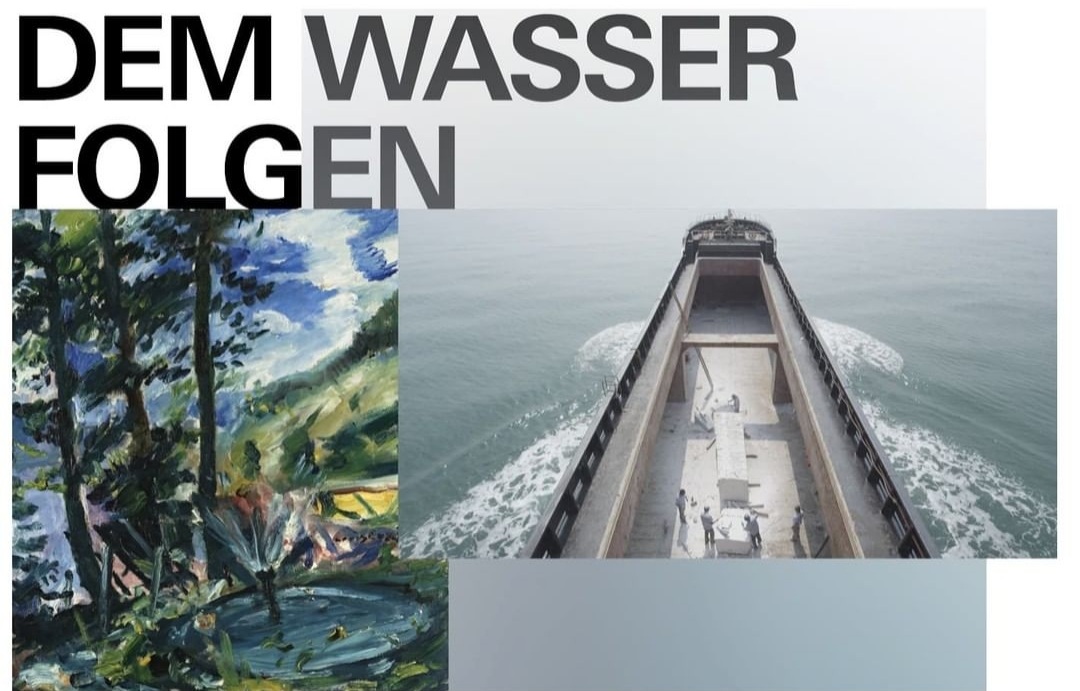 For this exhibition Enrique Ramirez presents:
« The lament of the inverted boat », Enrique Ramírez inverts the hull of the boat and makes it part of a botella silbadora (wisping bottle), a traditional instrument made of clay from Latin America. The shape of the ship that Ramírez chooses for the body of his botellas directly links the outer appearance with the water, which becomes the actual protagonist of the sound production. Five motorised sculptures thus produce a melody of five tones of different lengths and pitches in a gentle rocking rhythm. In contrast to the sound of flowing water, as a universally recognisable noise, water here becomes the producer of a minimalist, abstract piece of music. The haunting, melancholic sounds of the botellas fill the exhibition space – the artist calls them lamento, lament, as if they told of sunken ships, polluted seas and forgotten traditions.

« Acum-Leu » It shows footage of Lake Aculeo, which is located near Santiago de Chile and has been completely dry since 2018. Where today dust-dry earth criss-crossed by deep notches can be seen, a lake of more than twelve square kilometres stretched out just a few years ago.
Text: Laura Rehme
Pictures: Philipp Ottendoerfer 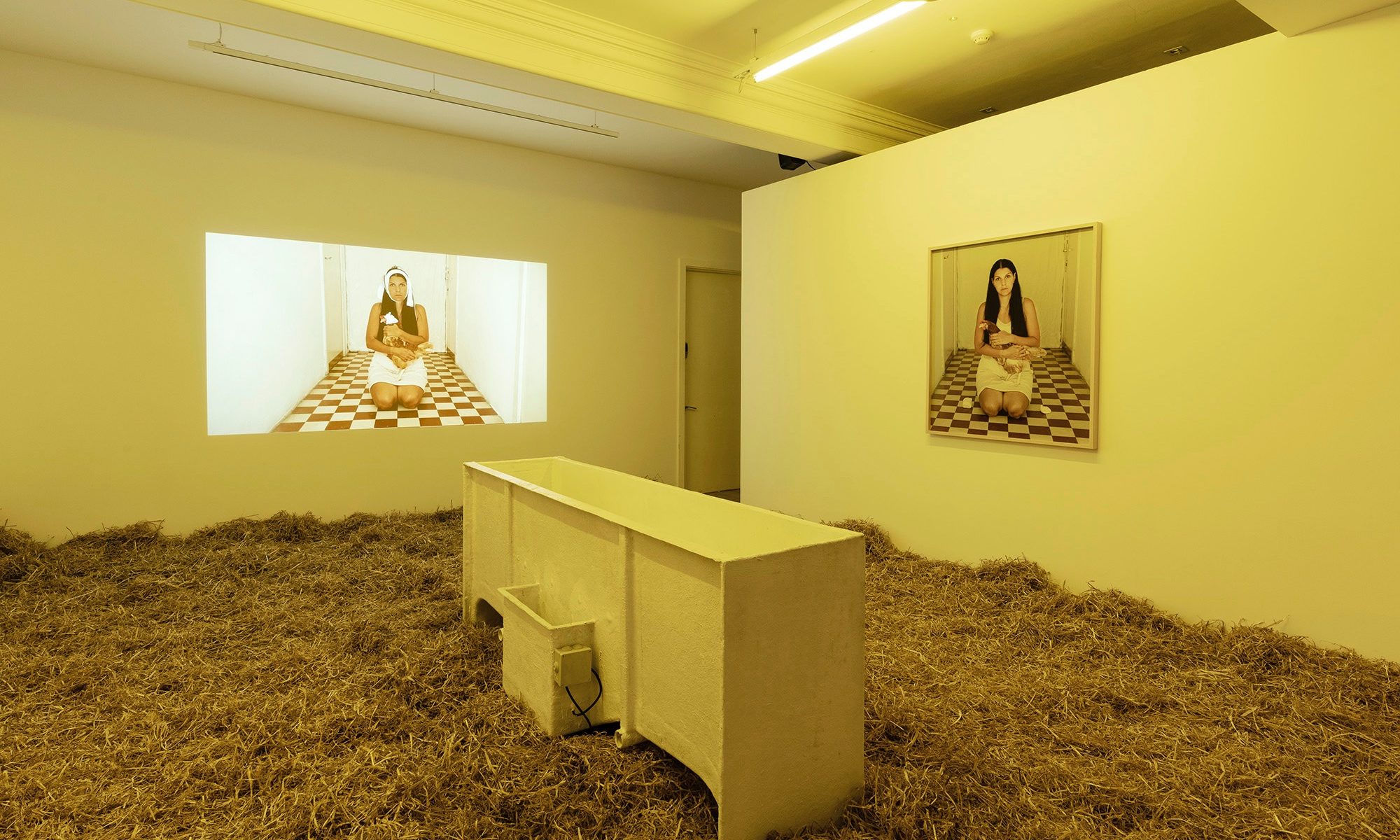 Solo show | Tales from the south

Hailing from Naples – a city rich in history and traditions – De Novellis’ work is centred around her body, a powerful tool to explore the issues in the Mediterranean areas, and to denounce the abuse and limitations imposed by contemporary society.

Endurance and repetition are key to her practice. Her very long performances push the limits of her body & mind and, with repetitive gestures, they transport viewers in an alternate dimension where the passing of time is reduced to an unending moment, a single detail of our everyday lives that carries the meaning of life itself.  The idea of the cage is also recurrent, whether as an allegorical space that expresses a feeling of claustrophobia, or as the small physical spaces she performs in, or as a condition of disability.

For her London debut at Richard Saltoun Gallery, De Novellis will enact her Veglia (2011) performance daily for the duration of the exhibition. The artist first performed this piece in the Parisian apartment of art critic Marc Lenot.

Veglia sees De Novellis naked and kneeling behind a see-through screen made of red wool threads. Isolated in a restricted space and accompanied by the folkloristic chants sung by female farmers of Salento – one of Italy’s southern regions – the artist slowly undoes the screen with repetitive gestures, wrapping the threads on themselves one by one. The artist’s body, shrouded during the day, is slowly revealed in a suggestive game of unveiling of the opposites.

In this performance, De Novellis enacts a hypnotic and ancestral performance akin to pagan ritual. The artist’s attentive study of the anthropological aspects, rituals, and customs typical of the Mediterranean culture fits within her eco-feminist research that questions the intersection between patriarchy, capitalism, and exploitation of women’s bodies, non-binary and queer.

Also on view will be a series of installations, video works, photographs and sculptures from De Novellis past performances such as GRADIVA (2017), for which she was granted permission to perform from sunset to sunrise all over Pompeii’s Archeological Park. GRADIVA was inspired by a Roman bas-relief of the same name and became the basis for Sigmund Freud’s famous 1907 study Delusion and Dream in Jensen’s Gradiva. The performance saw De Novellis dragging the cast of her  body – which looks like the bodies that were found in Pompeii after the 79 AD eruption of Vesuvius – around on a cart.

The back of the gallery will host an immersive environment that recreates De Novellis’ performative piece Si tu m’aimes, protège-moi (2020) through video, sound, tactile and light elements. In the arid and dry countryside of Southern Italy women covered the ears of hens before practising any violent gesture that could have shocked them and caused their infertility. Addressing this custom, in this performance De Novellis carefully takes a hen on her knees and protects her ears from the noise.

The exhibition is realised with the support of 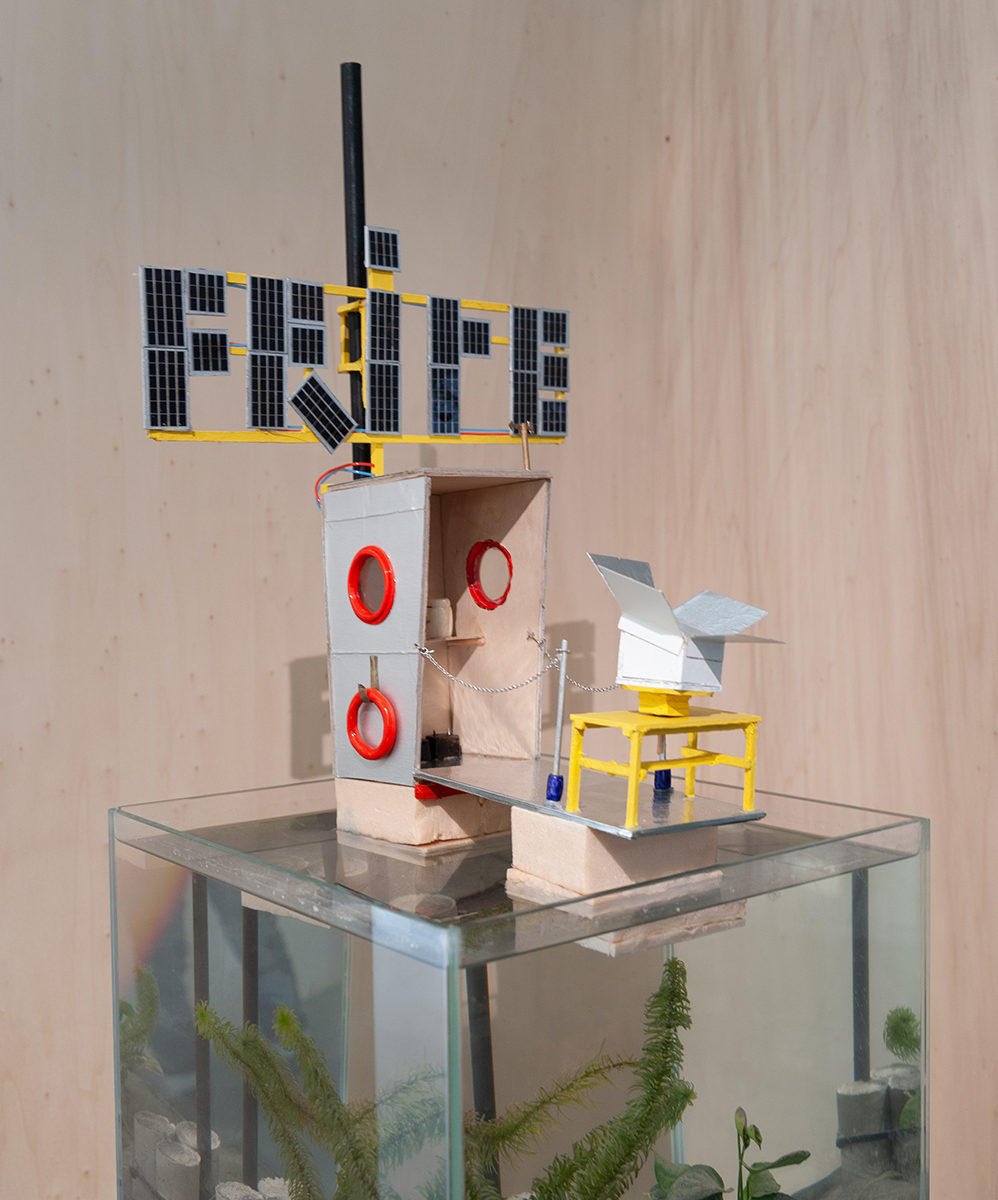 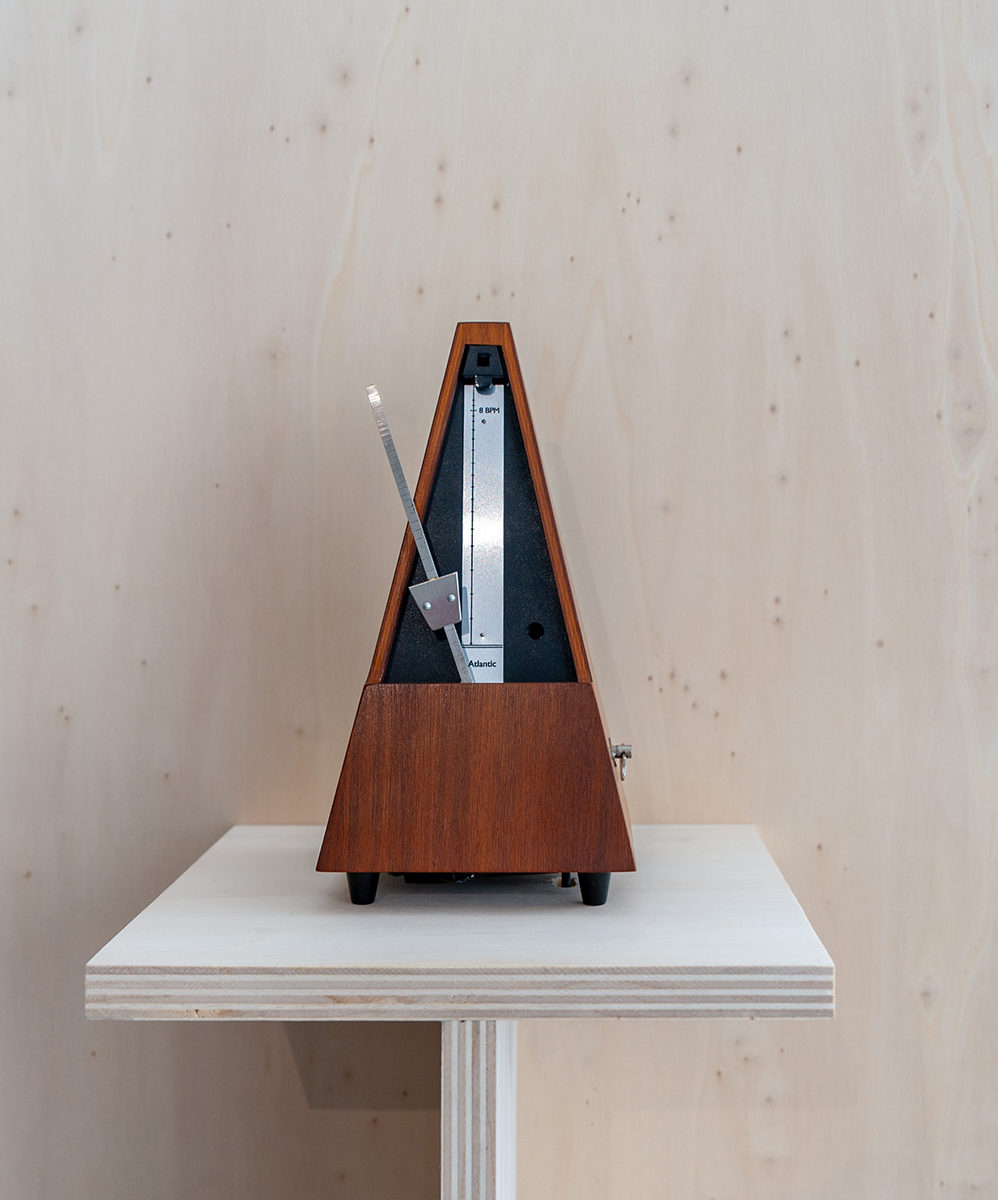 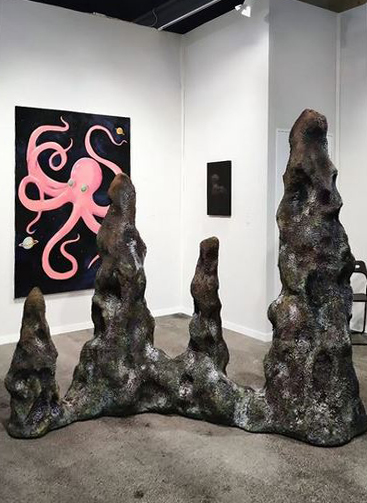 DUMONTEIL Contemporary is pleased to participate Art Paris with a space dedicated to French artists Charles Hascoët and Hugo Deverchere in our booth. Hascoët will present a selection of new works in the theme of deep sea featuring octopus as the protagonist. Hugo Deverchere will present a set of photography and installation that bring together various fields of research such as geology, microbiology, astronomy, archaeology and alchemy. 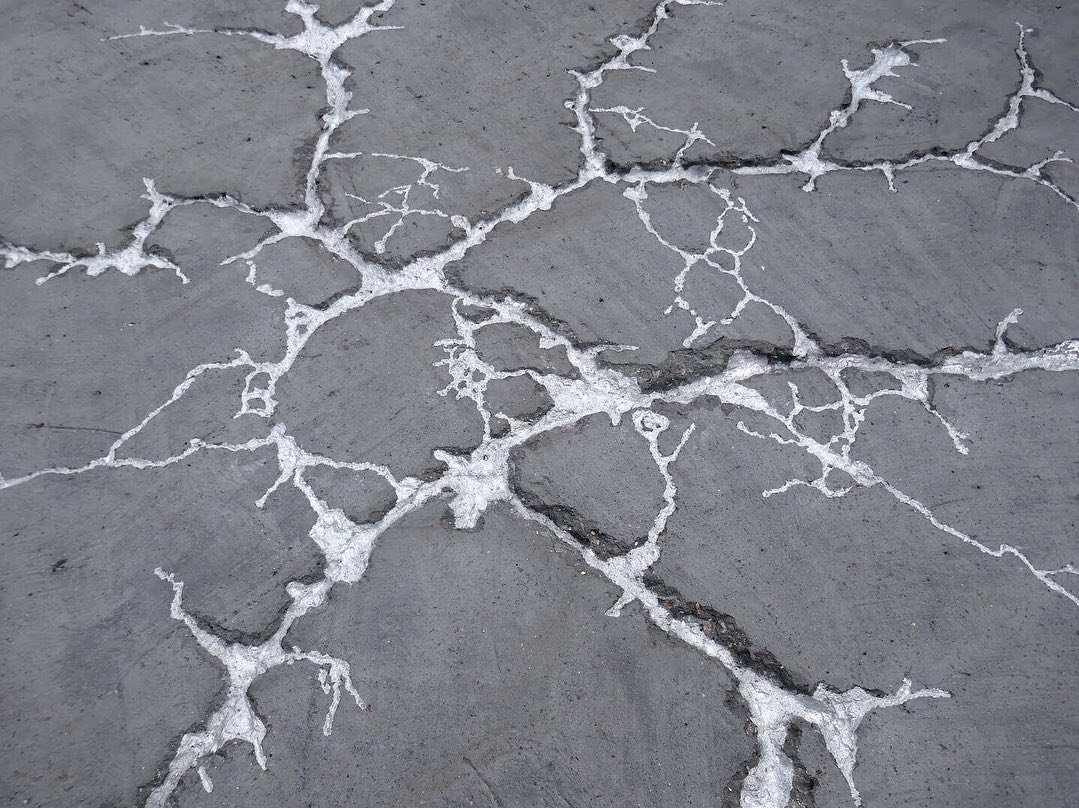 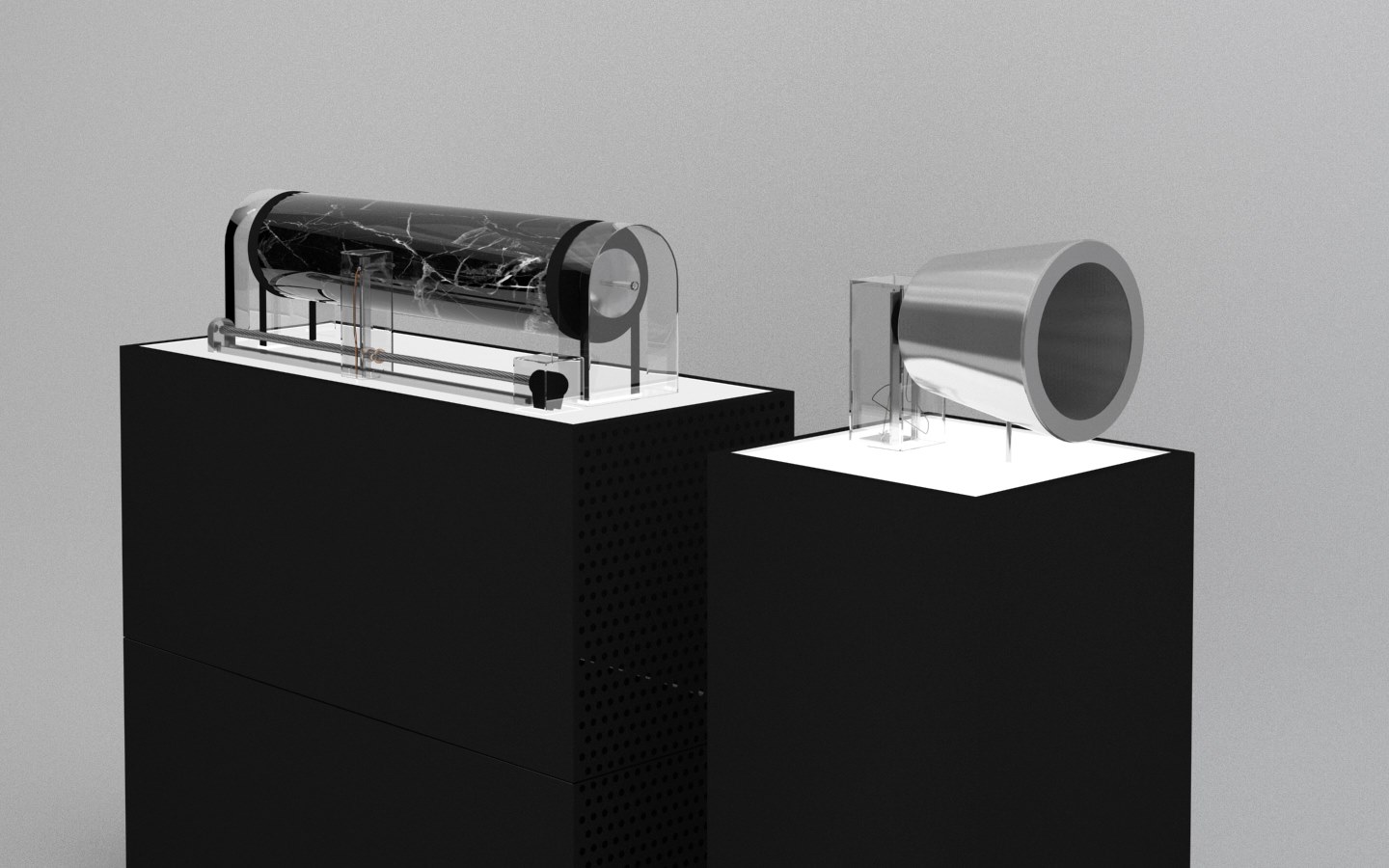 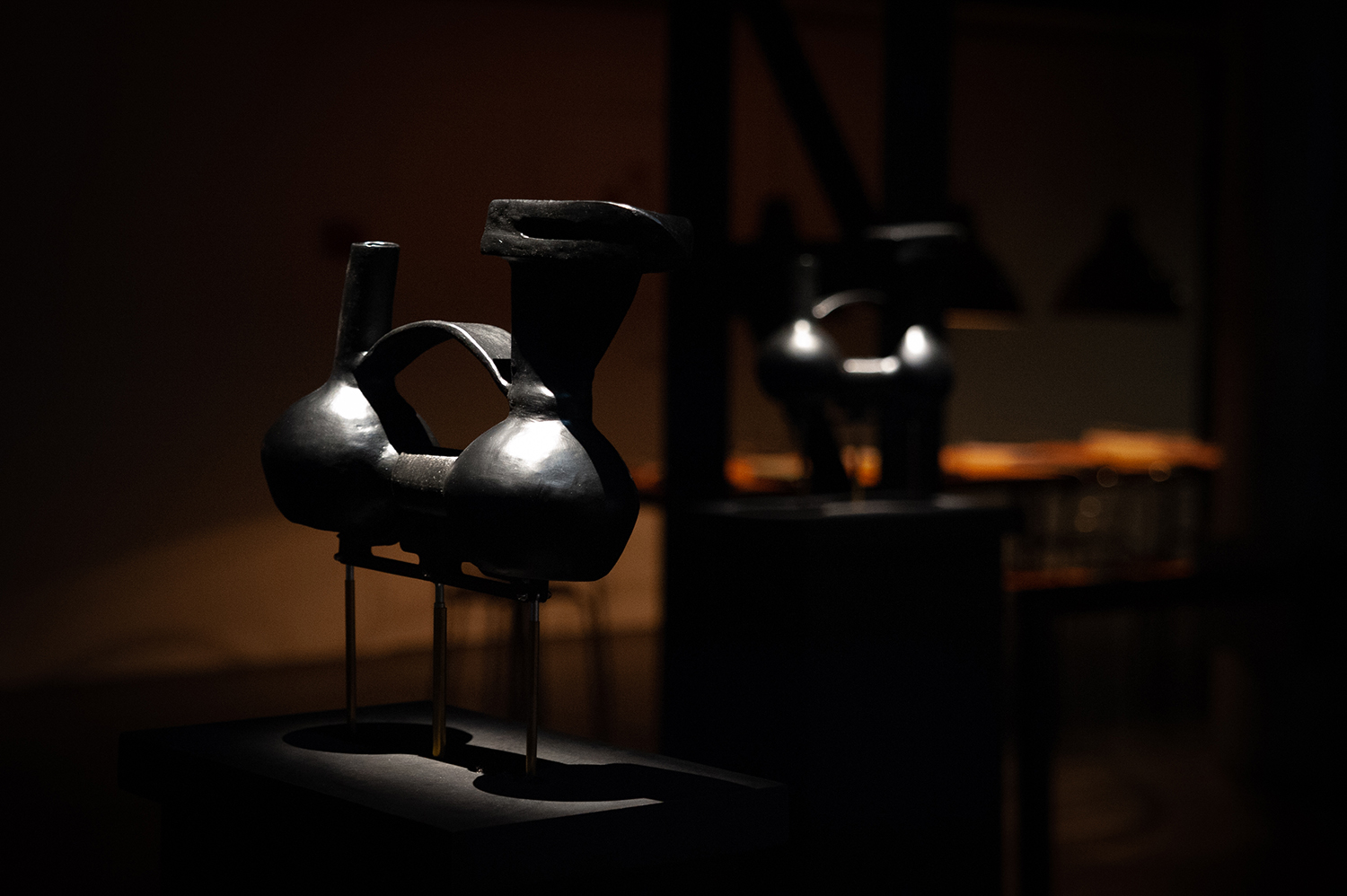